The H-TEAM’s Saskia J. Bogers and colleagues published a paper on improving indicator-condition guided testing for HIV in the hospital setting in Lancet Regional Health Europe.

For Amsterdam to reach its goal of zero new HIV infections by 2026, it is vital that all HIV testing strategies are used optimally. Along these lines, the PROTEST 2.0 project aims to reduce missed opportunities for testing, and thereby to reduce ongoing HIV transmissions, by increasing HIV testing by medical specialists and general practitioners in Amsterdam.

Especially populations at higher risk for HIV should be considered for routine testing by medical specialists or general practitioners in our strive towards zero new HIV infections. One of these populations includes people with an indicator condition (IC). ICs are AIDS-defining illnesses and HIV-associated conditions in which more than 1 per 1000 individuals have an undiagnosed HIV-status.

Between January 2015 and June 2021, the PROTEST 2.0 study assessed HIV testing among adults without a known HIV infection but with an indicator condition (IC) in five hospitals in Amsterdam. From the 7986 patients that were included in the study, the proportion of those tested for HIV before or after IC diagnosis increased by 10,2% in absolute terms. The increases were statistically significant among patients with cervical cancer or intraepithelial neoplasia grade 3 and peripheral neuropathy, but not among any other ICs. The difference in testing among different ICs is further reflected upon in the paper, reporting reasons related to HIV testing recommendations in specialty guidelines, physician beliefs and existing testing frequencies.

Of the tested patients, a total of 0.6% of were found to be HIV positive. This result shows that indicator-condition guided testing is a great cost-effective opportunity for reducing future HIV transmissions.

“Perhaps the biggest impact of the study has been making physicians in the hospital aware of the concept of indicator condition-guided testing and addressing HIV-related stigma among physicians. We found that this strategy was relatively unknown, despite international guidelines recommending it, and stigma was a real barrier. The intervention will hopefully ensure that patients presenting with these conditions will be recognized and offered an HIV test without any hesitation!” – Saskia J. Bogers 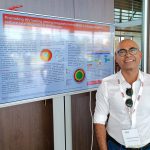