The Netherlands on course to reach UNAIDS 2020 fast track targets

Each year, in the run-up to World AIDS Day on 1 December, Stichting HIV Monitoring (SHM) publishes the annual HIV Monitoring Report. Today they released the latest figures for 2017, which reveal a reduction in both HIV diagnoses and the estimated number of newly-acquired HIV infections in the Netherlands.

In 2017, fewer people were diagnosed with HIV (750) than in 2016 (820). The figures also reveal that the majority of people are now starting HIV treatment within a few months of diagnosis. However, too many people continue to be diagnosed with an already impaired immune system or AIDS (37% of men who have sex with men, 63% of other men and 52% of women diagnosed in 2017).

On a positive note, the Netherlands has now reached the global UNAIDS’ ‘90-90-90’ fast-track target for 2020: in 2017, 90% of people estimated to be living with HIV in the Netherlands were aware of their HIV-positive status, 93% of these people were on treatment, and 95% of those on treatment had undetectable levels of the virus in their blood.

Professor Peter Reiss, director of Stichting HIV Monitoring and project leader of the H-TEAM, says “It is encouraging that the annual number of newly-acquired infections continues to decline. Achieving all three goals of the UNAIDS’ 90-90-90 target has certainly contributed to preventing further HIV transmission. At the same time, we need to fully optimize prevention, including the implementation of PrEP, to minimise transmission. Moreover, we must increasingly shift our focus to addressing any persistent structural barriers to early diagnosis and timely treatment”. 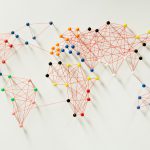 Interview with Peter Reiss in Trouw: ‘There is still a lot of work to do’Home News, Nieuws 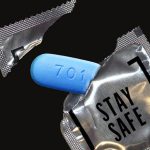