About a third of all HIV diagnoses are diagnosed at General Practices. Nevertheless, previous research has shown that many moments when an HIV test could have been offered are insufficiently seen and/or used by healthcare providers. Many barriers still exist among professionals, such as fear, stigma, limited risk assessment/risk perception and ignorance about new possibilities in HIV treatment and prevention. Testing for ‘indicator diseases’ is also not yet standard among general practitioners and specialists. All these matters prompted the H-TEAM to try to improve the testing behavior of the general practitioners by means of the DTOs: a further training program to improve recognition of and testing for HIV (and STIs).

Under the leadership of Saskia Bogers, physician-researcher at Amsterdam UMC, the H-TEAM organized these interactive training sessions for general practitioners in Amsterdam. The evaluation of the DTO showed an increasing trend between 2015-2019. Furthermore, research into the effect of the DTOs on the test behavior of GPs has shown that:

As a result of this research into HIV diagnostics in primary care by Saskia Bogers, she and Selma, who heard that she had HIV two years ago, shared their experience in an interview with Seksoa magazine. You can view and read the interview here. 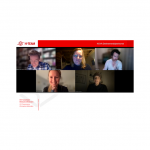 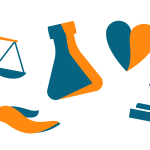