Get yourself tested for HIV anonymously and for free: it’s possible during HIV Test Week in Amsterdam from November 28 until December 4.

You can get tested at many different locations: at 12 GP’s, 4 hospitals and at the Public Health Service Amsterdam (GGD Amsterdam). The HIV test will also be offered at different markets around town. In most cases an HIV rapid test will be used, which gives a result within 60 seconds.

The HIV Test Week is an initiative of the H-TEAM, the Amsterdam partnership of all organisations involved in the treatment and prevention of HIV. The aim of the week is to encourage Amsterdam citizens to get themselves tested for HIV. If an HIV infection is detected, the treatment can be initiated immediately.

With early detection and fast treatment, the H-TEAM wants to put a definitive halt to the HIV epidemic. Some 23,000 people in the Netherlands are living with HIV, and each year some 1,000 new infections are diagnosed. In Amsterdam, this is still about 200-300 new HIV infections diagnosed each year.

Jan van Bergen, GP, UvA Professor by special appointment HIV and STI, and working for STI AIDS Netherlands, is coordinator of the HIV Test Week : “We are doing everything we can to find and treat more people in an early stage of their HIV infection. This is much needed, since there are about 2,800 people in Netherlands who don’t yet know they have an HIV infection. Almost half of all people diagnosed with HIV enter care too late, with damage to their immune system. The faster they start taking HIV inhibitors, the healthier the rest of their lives will be and moreover, with this they prevent the transmission of infection to their sexual partner(s).”

In Amsterdam, posters can be seen with the text: ‘Doe jij het ook?’ (‘Are you doing it too?’). During this week, people will be approached on the streets, for example at markets in the center of Amsterdam and Amsterdam Zuidoost, to get themselves tested for HIV. Through social media, people will be made aware of the free testing locations.

On Friday December 2 there will be a Meet & Greet in Amsterdam Zuidoost with the cast of the tv-series ‘No Socks No Shoes’. This GAM TV series was made in collaboration with STI AIDS Netherlands and the AIDS Health Care Foundation. Testing for HIV is a subject which appears in one of the episodes. During the festive event with the actors, visitors can also get themselves tested for HIV for free. 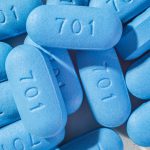 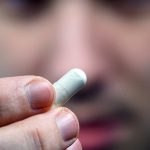