From 14 till 17 July 2021 the STI & HIV World Congress took place. This bi-annual meeting is dedicated to STI in its broadest sense and this year’s theme was “Sexual Diversity and the City”. During the congress subjects such as diversity, health and sexuality in the urban context were addressed.

Over 60% of the current world population live in urbanized settings, places where a large portion of the STI epidemic is also focused. At the same time, urban environments offer networks, infrastructures, multidisciplinarity and creativity from which solutions can emerge. Cities can act as giant outdoor labs, experimental sites, research incubators and ideal environments for the implementation of interventions.

At the congress, a video was shown in the context of Sexual Diversity and the City in Amsterdam, which also featured the H-TEAM. Watch the video here: 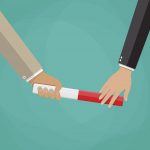 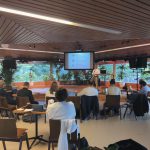