After years of dedicated research and hard work, Dr. Elske Hoornenborg successfully defended her dissertation in the Aula of the University of Amsterdam, in the Oude Lutherse Kerk in Amsterdam on Wednesday January 22nd. Her PhD focused on HIV and PrEP in the Netherlands, but her interest in HIV prevention began years earlier.

Before joining the H-TEAM in 2014, Dr. Hoornenborg worked in internal medicine and infectious disease as a medical doctor. She spent time in Cape Town, where she treated patients with HIV. “It made me want to do something to stop HIV from spreading and improve the lives of people living with HIV.” Years later, when she was looking to work in research, the AMPrEP study was the perfect fit.

Dr. Elske Hoornenborg is a member of the H-TEAM and was the project lead for the AMPrEP study based in Amsterdam. Her thesis, PrEP in the Netherlands: The introduction of HIV pre-exposure prophylaxis, discusses various aspects of implementation of PrEP among men who have sex with men (MSM) and transgender persons in the Netherlands. The study assessed the uptake, acceptability and usability of PrEP in HIV-negative MSM and transgender persons. Unlike previous studies, however, AMPrEP gave participants a choice whether to take a daily or event-driven dosage. “Offering this choice was innovative compared to other studies. Previous research has shown that both ways protect effectively against HIV infection. But by making a choice, you reach more people and therefore you prevent more HIV infections.”

The research confirmed what was already known, that PrEP is very effective for HIV prevention for both participants who took daily and event-driven dosages. This study also discovered that the use of PrEP by the target group is also cost-effective and possibly even cost-saving. Additionally, the team found that PrEP was safe to take and there was no increase in STIs while taking the drug.

The results of AMPrEP were included in a positive recommendation from the Dutch Health Council that led to a national program roll-out in September 2019. Almost all GGDs throughout the Netherlands now offer PrEP for 6,500 people at risk of contracting HIV.

Professor Peter Reiss of AIGHD and project leader of the H-TEAM, explains that, “this study exemplifies how research can contribute to policy. The findings of AMPrEP have made their way into the Ministry of Health’s policy on PrEP. The research and findings of this demonstration project have been quite instrumental in its impact on policy here in the Netherlands.”

As a result of her work and impact on HIV policy in the Netherlands, Dr. Hoornenborg received a Pearl from ZonMw in November last year. 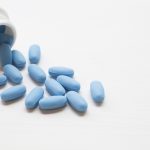 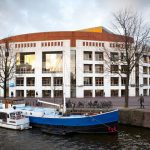