AIDS Fund: PrEP available for 50 euros from all pharmacies in the Netherlands

The price of HIV prevention medicine PrEP has been drastically reduced as of January 1, 2018. A generic version is now available for €47,95 a month from all pharmacies in the Netherlands. Until recently, a month of PrEP could cost over €500 and the cheaper version was only offered at a limited number of pharmacies. Since PrEP is not reimbursed by healthcare insurers in the Netherlands, the costs are for the users’ account. Because of the steep price reduction more people can afford PrEP. It is also the first time that all pharmacies offer PrEP at a low price.

‘Because of the reduced price of PrEP, more people now have an extra opportunity to protect themselves against HIV. In order to stop the HIV epidemic, it is crucial that everyone at high risk for HIV gets that opportunity, irrespective of his or her budget’, says Louise van Deth, executive director of the AIDS Fund – STI AIDS Netherlands. Adding PrEP to existing HIV prevention methods, such as sexual education and condom use, can prevent thousands of new HIV infections. The pill not only releases many people from fear of HIV, but also provides an opportunity for society to cut back on high healthcare costs. 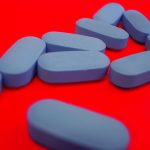 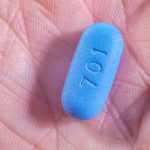